Skip to content
These Beautifully Simple Folding Chairs Are Actually Clothes Hangers In Disguise Expand options
Share
Read next: What Is This Huge Metal Box?

Besides being the ubiquitous secret weapon of choice for pro wrestlers, folding chairs are awesome because they do exactly what their name says, saving you precious floor space in your tiny apartment. But at the same time, folding chairs are generally an eyesore. And contrary to popular practice, they’re not meant to be clothes storage solutions.

Until now. Say what’s up to the Hanger Chair. It’s an elegant folding chair that mimics one of the simplest and most trusted clothes storage solutions of all time: a clothes hanger.

Yes, the same hanger in your closet that you use to store your shirts,  jackets, and coats. Except 100x prettier and stronger because it comes in five cheerful colors and can seat humans or animals who weigh up to 300 pounds. 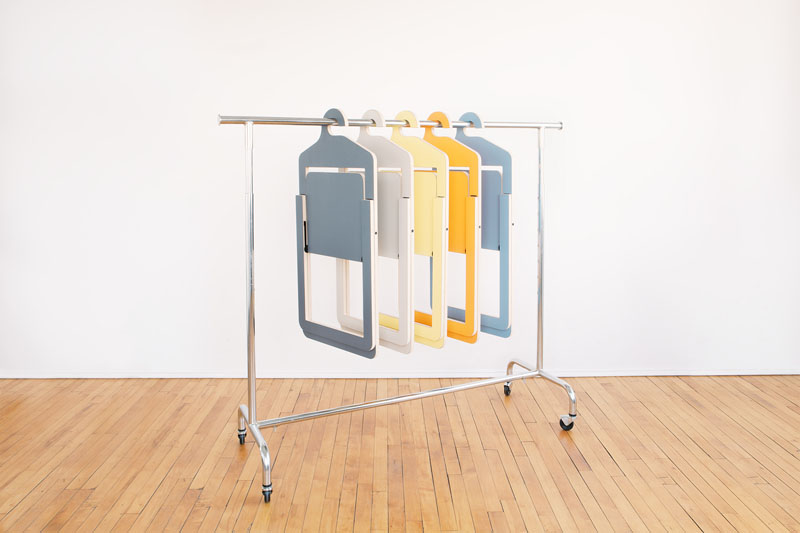 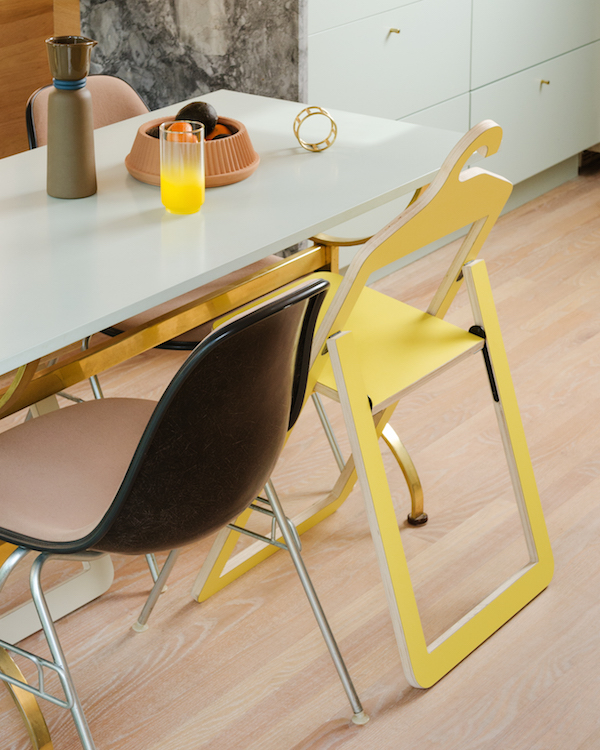 “Folding chairs tend to lie around the house, stacked in a corner, or in an unused room,” Philippe Malouin, the Hanger Chair’s inventor, told Dezeen. “When space is an issue, as is the case for most city dwellers, an object such as a folding chair will clutter up the precious available space.”

So while studying at Design Academy Eindhoven in the Netherlands, Philippe Malouin fixed the folding chair’s innate flaw by designing the Hanger Chair. He then unveiled it in 2008 along with other space-saving  furniture and objects. Three years later, Umbra, a Toronto-based homeware design company, included the Hanger Chair in its Umbra Shift furniture collection that it launched in New York at ICFF.

Basically, Hanger Chairs are the best folding chairs for tiny apartment dwellers who wish they had more space, joy, and attractive clothes storage solutions in their home. Oh, and for pro wrestlers who don’t mind burning $200 on each Hanger Chair they use to sneak attack an “unsuspecting” adversary.